Man, this guy is my hero. 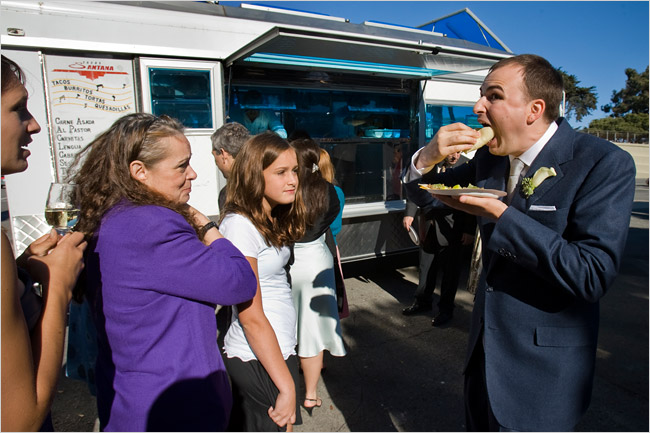 The Times neglected to mention which truck provided the food. Because, as we all know, not all trucks are created equal. A closer look at the above photo reveals it to be Tacos Santana, which appears to be part of the El Tonayense empire. Good pick, Jesse!