So I was perusing tech news online today and I came across this IDG news story: “Belarus said to restrict access to foreign websites.”

Belarus has introduced a law that imposes restrictions on citizens and residents in the country visiting or using foreign websites, according to Global Legal Monitor, an online publication of the Law Library of Congress in Washington.

Under the new law, which goes into effect Jan. 6, transactions from Belarus on the website of a foreign Internet company such as Amazon.com would be illegal, and the Internet company may be sued for violating national law, wrote Peter Roudik, the author of the article. 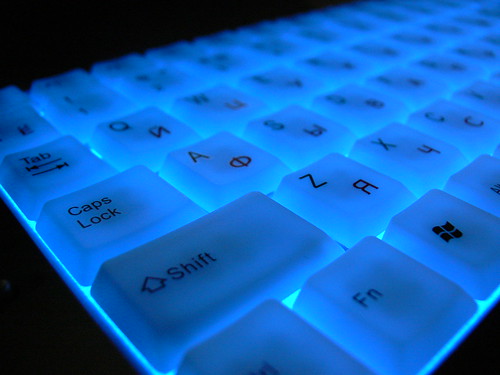 …owners and administrators of Internet cafés or other places that offer access to the Internet might be … fined and their businesses might be closed if users of Internet services provided by these places are found visiting websites located outside of Belarus.

Sounds pretty sinister. So I thought I would seek comment from my Internet-minded colleagues, including Keir Giles, who I recently interviewed for Deutsche Welle. He’s the director of the Conflict Studies Research Centre, an Oxford-based non-profit research center that provides analysis on Russia and the region.

Giles speaks Russian (I don’t), and after digging through some of the links, and here’s what he came back with after reviewing the original, Russian-language text of the law.

“The only people who are banned from using foreign services altogether are commercial entities, and then only for use in their business. Which would be a bit of a blow if you run a business, but it’s administered by the tax police, so you can see why they’re doing it – revenue collection not censorship. They’re closing loopholes by specifying in the legal process exactly what the crime is and what the penalty is.

Giles added that this wasn’t much of a story, except that it’s been misrepresented by the US Congress link.

He called what the US Library of Congress blog post “hugely misleading, and it makes it look like a blanket ban, and massive censorship, when it’s not. No Great Firewall of Belarus.”

Later, he chatted to me the text of the full decree, saying that the “list of banned content is in Art. 8. Not a word about whether websites are foreign or not.”

“This is the complete administrative violations code which the new law adds to. The addition is tucked in behind ‘breaches of official procedure for distributing compulsory free copies of documents’ and ‘disclosure of service secrets through negligence.’ The new law really does just set the fines for the offences established in the decree.”

“Also, there doesn’t seem to be any basis for the suggestion that shopping on Amazon would be illegal, and Amazon could be sued for shipping to Belarus,” he added. “The law only affects businesses actually set up and registered in Belarus itself.”

I’m still waiting to hear from Peter Roudik, the director of the Global Legal Research Center at the Library of Congress, and a native Russian-speaker for his comments.